Whoa, this is wild! They figured out how to create diamonds in a lab without using heat??? They actually created two types of diamonds; regular lab-grown diamonds, as well as what they call Lonsdaleite diamonds which are even harder than natural diamonds. Check this out. 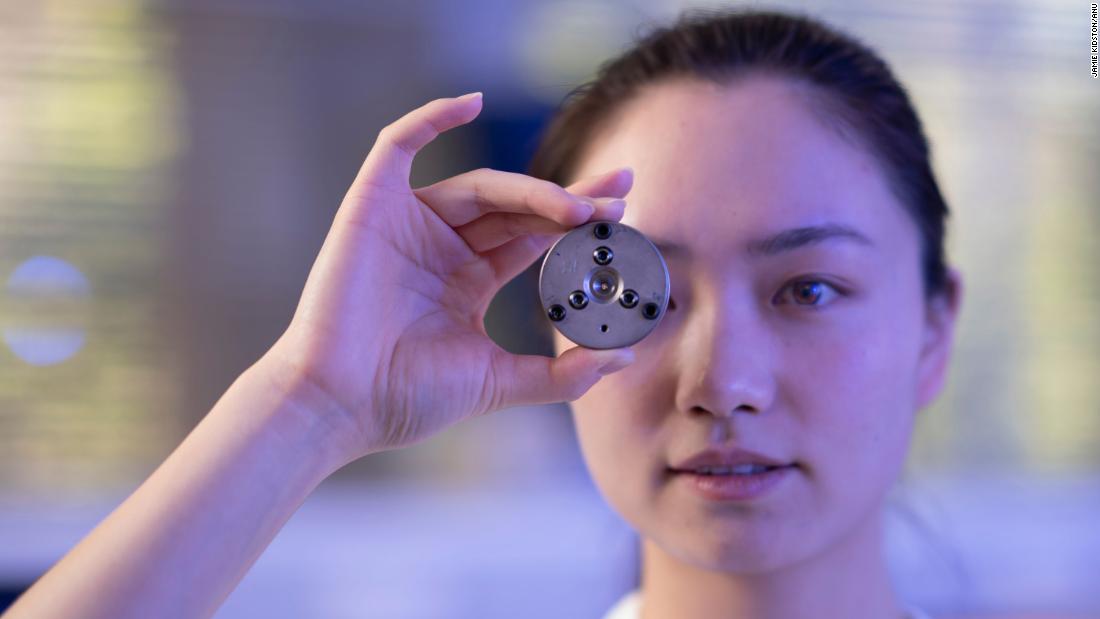 PHD scholar Xingshuo Huang from the Australian National University holds the diamond anvil that the team used to make the lab diamonds.

(CNN)"Diamonds might be forever, but that doesn't mean they have to take eons to form.
The gemstones are usually created after carbon is crushed and heated far beneath the Earth's surface over billions of years -- which is what makes them so coveted.

Now, scientists in Australia say they have sped up the process into just a matter of minutes -- and at room temperature.

An international team of researchers led by the Australian National University (ANU) and RMIT University in Melbourne, Australia said Wednesday they have created two types of diamond at room temperature by using high pressure equivalent to 640 African elephants balancing on the tip of a ballet shoe.

The researchers said they were able to create two types of structurally distinct diamonds -- one similar to those typically worn in jewelery, and another type called Lonsdaleite, which is found naturally at the site of meteorite impacts and is harder than most diamonds.

Synthetic diamonds are not themselves new, and have already been created in labs since the 1940s in a bid to find cheaper, ethical and environmentally friendly stones.

But researchers were excited to create such diamonds at room temperature, especially the harder Lonsdaleite diamond, which has the potential to be used to cut through "ultra-solid" materials on mining sites, they said.

"Creating more of this rare but super useful diamond is the long-term aim of this work," said Xingshuo Huang, an ANU scholar working on the project. "Being able to make two types of diamonds at room temperature was exciting to achieve for the first time in our lab."
Lab grown diamonds are usually created by carbon being subjected to intense heat.

To form the diamonds, researchers applied immense pressure to create a "twisting or sliding force" that they believe caused the carbon atoms to move into place, said Jodie Bradby, a physics professor at ANU.

"Natural diamonds are usually formed over billions of years, about 150 kilometers (about 93 miles) deep in the Earth where there are high pressures and temperatures above 1,000 degrees Celsius (1,832 degrees Fahrenheit)," she said. "The twist in the story is how we apply the pressure." 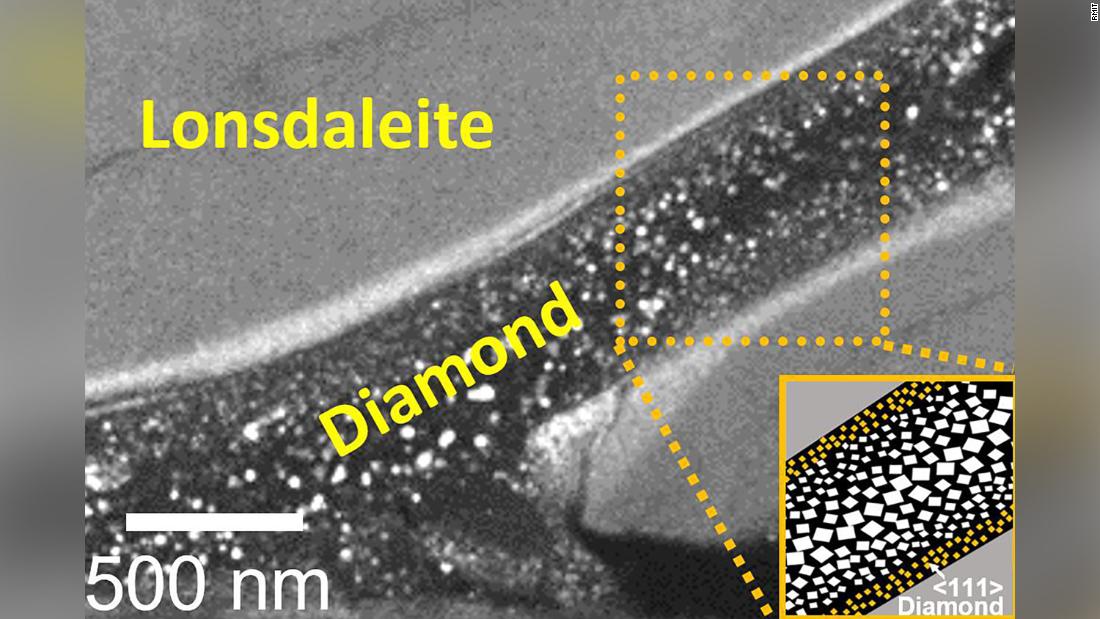 This close up image shows the diamond "rivers."