This is a great idea, but there is one problem; it does affect the clarity grade, and quite frankly, I wouldn't want the one visible under a loupe, although that certainly will make lab-growns apparent to jewelers easily. Here's what they're doing to make synth diamonds easily detectable. 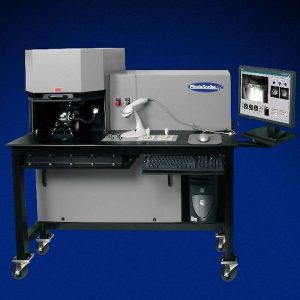 "With news of bad actors in the industry polishing off diamond inscriptions and adding in fake ones that don’t correspond to the stone, PhotoScribe has developed a “subsurface” inscription that it says can’t be polished off, at least not without dramatically altering the gem’s weight.

The new PermaScribe inscription goes “under the diamond’s table,” says David Benderly, PhotoScribe founder and CEO. “To polish off that inscription, you would have to remove a large percentage of the diamond’s weight. It would not be economical.”

He says the subsurface technology was developed many years ago, but until now, PhotoScribe never had to reason to offer it.

“It was a solution looking for a problem,” he says. But with increasing reports of fake inscriptions, “it seems the problem has arrived.”

There are two types of inscriptions being offered: one that is visible under a 10-power loupe, and one that is not.

Benderly hopes to see all lab-created diamonds inscribed with the more visible inscriptions, so that jewelers can easily identify the stones as non-natural.

“That means, instead of specialized equipment, any jeweler could identify a diamond as lab-created under a loupe,” he says.

One possible issue: The inscriptions impact the stone’s clarity grade, and therefore their value. However, Benderly says the marks don’t impact the diamond’s beauty when it’s viewed by an unaided eye.

“They are almost invisible to see by a person without equipment,” he says.

The less-visible inscriptions, which cannot be seen with a 10-power loupe, could be used to track natural diamonds and identify specific diamond brands.

Those inscriptions can be seen with 200- to 1,000-power magnification and correct illumination and filters. PhotoScribe is working on a ... "
https://www.jckonline.com/editorial-art ... permanent/
PinkDiamond
ISG Registered Gemologist