I love the Rolex in the second pic, and they're all worthy of the prices they commanded.

"A circa-1970 Rolex Paul Newman Daytona with a rare Panda dial set a new record for a watch sold online when it fetched $500,000 in Sotheby’s online Important Watches sale on Thursday.

The watch is considered to be one of the most pristine examples to appear at auction in recent years and handily met its high estimate of $500,000.

According to Sotheby’s, the original owner purchased the watch in 1971 while on a trip with a friend. Nicknamed the Panda, the Rolex Cosmograph is named after famous actor and race car driver Paul Newman, who wore a Rolex Daytona for decades. That watch sold in 2017 for $17.7 million, the highest price ever paid for a watch in an auction.

Sotheby’s and Christie’s had both shifted their auctions from in-person to virtual when the COVID-19 pandemic hit and have enjoyed some very big sales in recent months. The Panda dial beat the record for most expensive watch sold in an online auction set in April in a Sotheby’s Weekly Watches sale: A 2014 Patek Philippe Nautilus was auctioned for $484,000.

Sotheby’s online Important Watches sale brought in a total of $3.9 million. That haul was led by the Paul Newman Panda dial but supported by a few other remarkable timepieces. 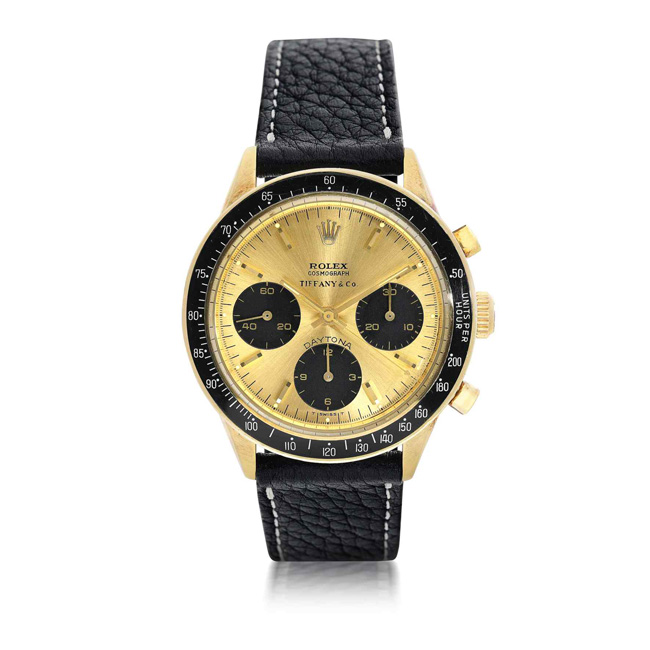 The second-highest hammer price was for an important (and possibly unique)Transitional Ref. 6238 Rolex Daytona retailed by Tiffany & Co. (see above), which sold for $187,500. The watch’s rarity is due to its unusual provenance: In the mid-1950s, Tiffany printed its logo on the dial of Rolex’s most prestigious models—the jeweler was one of the few retailers Rolex allowed to do this. The dials were stamped at Tiffany’s Fifth Avenue flagship rather at than the Rolex factory in Switzerland. No one knows exactly how many Tiffany-stamped Rolexes there are, which makes them both rare and sought-after. 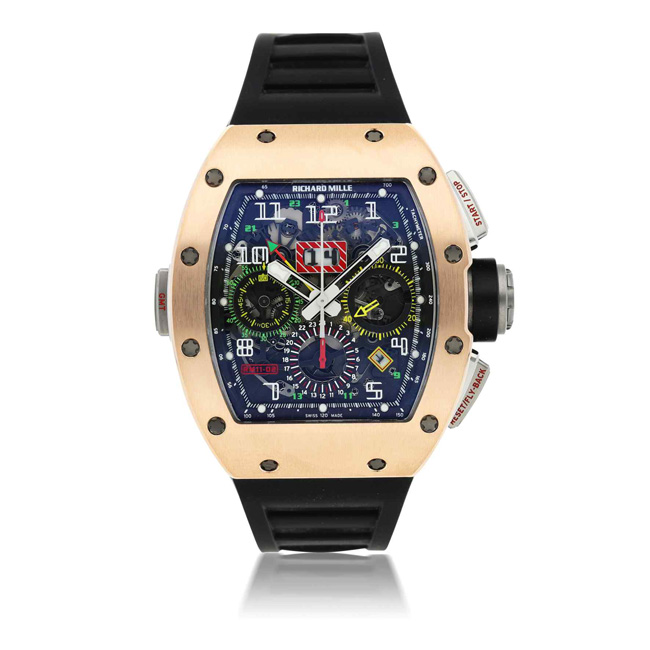 The next highest-priced sale was for a titanium-and-pink gold Richard Mille chronograph from 2012—an RM11-02 RG automatic with month and date—which fetched ... "
https://www.jckonline.com/editorial-art ... ells-500k/
PinkDiamond
ISG Registered Gemologist