In conversation with Ian Smillie on the global diamond industry

In conversation with Ian Smillie on the global diamond industry

It's not only a worthy cause to help artisinal diamond miners, it's necessary because they're a big part of the industry, so what's being done to help their economic conditions? Here's a Q&A between Jewellery Business writer Marc Choyt, and Ian Smillie of the Diamond Development Initiative that reveals what they're doing, and what they hope to accomplish for the future of artisinal mining.

In conversation with Ian Smillie
November 12, 2020 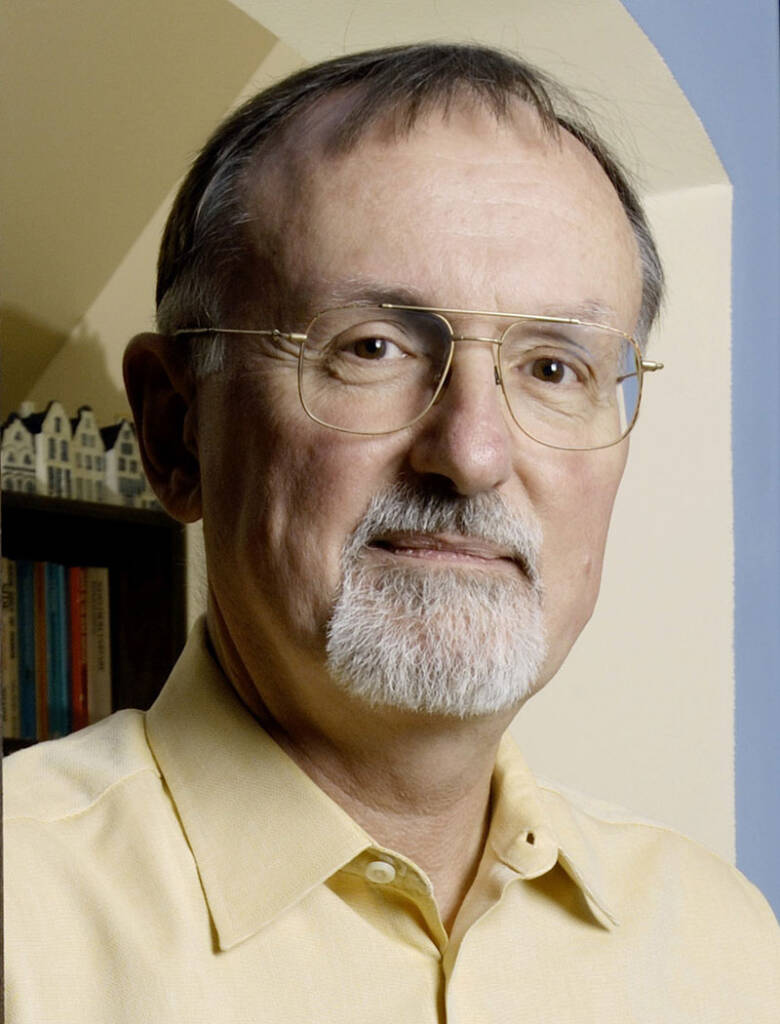 "Completely cleansing the global diamond industry of blood, corruption, and conflict is no easy feat, and few are more familiar with this challenge than Ian Smillie.

A founding participant in the creation of the Kimberley Process (KP), Smillie currently chairs the Diamond Development Initiative (DDI), a conflict-prevention initiative that brings together non-government organizations (NGOs), governments, and the private sector to help formalize and improve social and economic conditions in the artisanal diamond mining sector.

Jewellery Business contributor, Marc Choyt, recently spoke to Smillie as research for the upcoming article, ‘Where Black lives don’t matter to jewellers.’ Co-authored by Kyle Abram, the piece explores the complexity of race within the jewellery industry, as well as the history of the ethical jewellery movement and the ongoing mission to create a ‘fair trade’ diamond.

Look for the feature in the December issue of Jewellery Business.

Marc Choyt (MC): Let me start by asking why, after almost 15 years, has there not been any diamond from the Diamond Development Initiative (DDI) that’s come to market?

Ian Smillie (IS): We’ve actually had several experimental shipments reach the market, and over the past year, through GemFair, diamonds from more than three dozen sites working to DDI’s Maendeleo Diamond Standards have gone to market. But this it is not easy.

If it was an easy fix, we would have solved this 10 years ago. Some of it has to do with money, but not entirely. USAID [U.S. Agency for International Development] spent six million on its Peace Diamond Initiative more than 10 years ago and it fell flat on its face.

We’re dealing with much more entrenched and complex problems than anyone could have thought when we first started—Ebola, COVID, bad luck—but we have demonstrated the Maendeleo standards can work. Distribution into the international supply chain presents its own set of challenges.

MC: Are there ever going to be a significant amount of artisanal diamonds coming out of Sierra Leone?

IS: More than three quarters of the diamonds from Sierra Leone are mined artisanally. Last year, the total was almost $170 million. Sierra Leone is a good testing ground because, in the small-scale miner sector, it produces more high-quality diamonds than other countries. Globally, the numbers are smaller; about 20 per cent of global production by volume is produced artisanally, about five per cent by value.

MC: What are some of the problems on the ground?

IS: There must be incentives for everyone—offering all the different groups who have a vested interest in keeping everything the same, something better.

What’s in it for a government to have this properly regulated? What about the miners who are working illegally? Essentially, they are viewed as crooks—not licensed, and paying no fees or taxes. Then there is a set of buyers who act almost like a mafia that controls purchasing. How do we incentivize them to change their attitude?

We also have to consider the business of child miners and broader community issues. There’s no country in Africa that doesn’t have a law against child labour, but policing it is a problem. Parents who mine keep their kids with them because they don’t want the kids walking miles to school every day, but if schools are nearby, they will attend. Our purpose in setting up mobile schools is to try to demonstrate what can be done.

The Maendeleo Diamond Standards are aspirational for the entire country. The challenge is going to scale.

MC: Why not just sell to directly to international diamond distributors?

IS: We tried that in a scaled-down way. Foreigners are generally terrified of even going to Sierra Leone, so even getting people there was hard. But we took a group of diamond-buyers and brought them together with miners. We asked the international dealers to agree not to do any business on the side with the miners, and asked the miners to do the same—we got everyone to sign agreements. There would be no backroom trading.

Almost everything you could imagine went wrong, and, in the end, no one bought any diamonds. Miners thought, ‘Here come the rubes.’ Westerners thought they were going to make a killing. Many tried to make side deals. It went badly. We learned a lot.

Even if new buyers come with a better price, the sellers won’t break ties with the traditional buyers for a few extra bucks today. The miners need to know you’ll be there long term.

IS: In 2006, he tried to move too fast and everything had to happen quickly. The idea was to get fair prices to the miners and he would organize auctions, but one of the issues is the local Lebanese buyers. They do not want their business to be taken away, and miners know they will be there for the long haul. How do you find a way around them, or involve them?

Now, Martin is still very interested, but there’s no substitute for the time and effort DDI has made on the ground over the past 10 years.

MC: It just seems to me that if the diamond industry wanted a fair trade diamond, we could have it by now.

IS: To say the industry doesn’t want a fair trade diamond is not correct. The challenges in dealing with subsistence-level miners are very real, and can’t be waved away with a magic wand.

MC: Currently, you have GemFair, which is run by De Beers, and that’s your only distributor. So, they are buying diamonds under your standard, but not yet selling those diamonds as ‘ethical DDI diamonds’—even though, as a jeweller, I’m 100 per cent certain there’s a hungry market for these diamonds, which can be sold at a premium. Why are these DDI diamonds not available?
You May Also Like Las Vegas lowdown: Cautious buying and high hopes for a turnaround

Levin did that Tiffany-funded study on a fair trade diamond for Transfair USA back in 2007, which, even then, established a market need. Honestly, it is hard for me not to consider that De Beers is involved, in part, to control even the possibility of a fair trade diamond in the market—because it has the potential to be disruptive to its narrative.

IS: GemFair buys diamonds that meet Maendeleo Diamond Standards, but they are not offering them as such to the market. That’s their decision. Our concern is to get the diamonds mined legally, to make sure working conditions are good, that human rights are observed, and that workers get a fair price. That’s what happens when GemFair buys an MDS-certified diamond. In due course, they may want to brand these as such in the marketplace, but as I say, this is a business decision for them.

Given the history of Sierra Leone, De Beers said for many years it would never return. The fact it has is a sign of confidence in Sierra Leone.

MC: Given the history, this zeitgeist is not without irony.

IS: If you want ethical diamonds from small-scale miners, how do we get them to you? On the front end, the issue is money. The miners want the money now, and long-term commitment. The jewellers want assurances the small-scale mined diamonds are produced ethically.

De Beers has invested huge money and consulting fees. It has learned everything there is to learn in Sierra Leone and it is beginning to crack the nut. Getting the diamonds through the funnel is extremely difficult.

MC: What about the historical implications of having De Beers involved?

IS: Miners are not concerned with historical implications. Most have never seen a cut diamond or seen diamond jewellery. People know they have something that’s worth money. Historically, many years ago, De Beers was in Sierra Leone with a buying operation; not a mining operation.

MC: It’s a concern for me, particularly with the Kimberley Process (KP). I mean, there has never been any accountability for those in the diamond sector who were involved with funding, through the purchase of diamonds, the wars that resulted in the killings of millions in the 1980s and ‘90s.

IS: When we were negotiating the KP, I knew if we spent too much time looking back, we’d never move forward.

MC: Let me get back to my initial reason for contacting you: in writing this article for Jewellery Business, I was looking for specific numbers of people impacted by DDI.

IS: Might be a couple of thousand; it’s hard to say. Because of De Beers’ GemFair in Sierra Leone and the Maendeleo Diamond Standards, there may be a total of between 6000 and 8000 people.

Though the numbers are not entire relevant, the impact is more than the sum; it echoes out into the broader community.

MC: What do you hope to achieve with DDI merging with Resolve?

IS: Part of [the] merger with Resolve is there are now many small programs dealing with artisanal mining. By combining resources with another well-established organization, we can be stronger. What we’re interested in is learning what works and doesn’t work with the miners and in the mining communities.

Ten million people depend on small-scale diamond mining in Africa. You can suppress conflict diamonds, but there’s always the possibility of violence and conflict if you don’t do something about the underlying social and economic issues. This is a development problem that needs a development approach.

The arrival of synthetics has changed the equation. Synthetics are using the bad reputation of ASM [artisanal and small-scale mining] as a way of moving product. Natural diamonds have been ... "
https://www.jewellerybusiness.com/featu ... nt=feature
PinkDiamond
ISG Registered Gemologist