Whoa!! This is a record-setting size for a pearl; and to think it was already in the soup pot at a fish marke when it was found!

FYI, Montauk Point is on the eastern tip of Long Island, New York, where I grew up, and my family used to travel 90 minutes across the Island to have Sunday picnics there occasionally, where this pearl grew in the waters off the Island's coast. 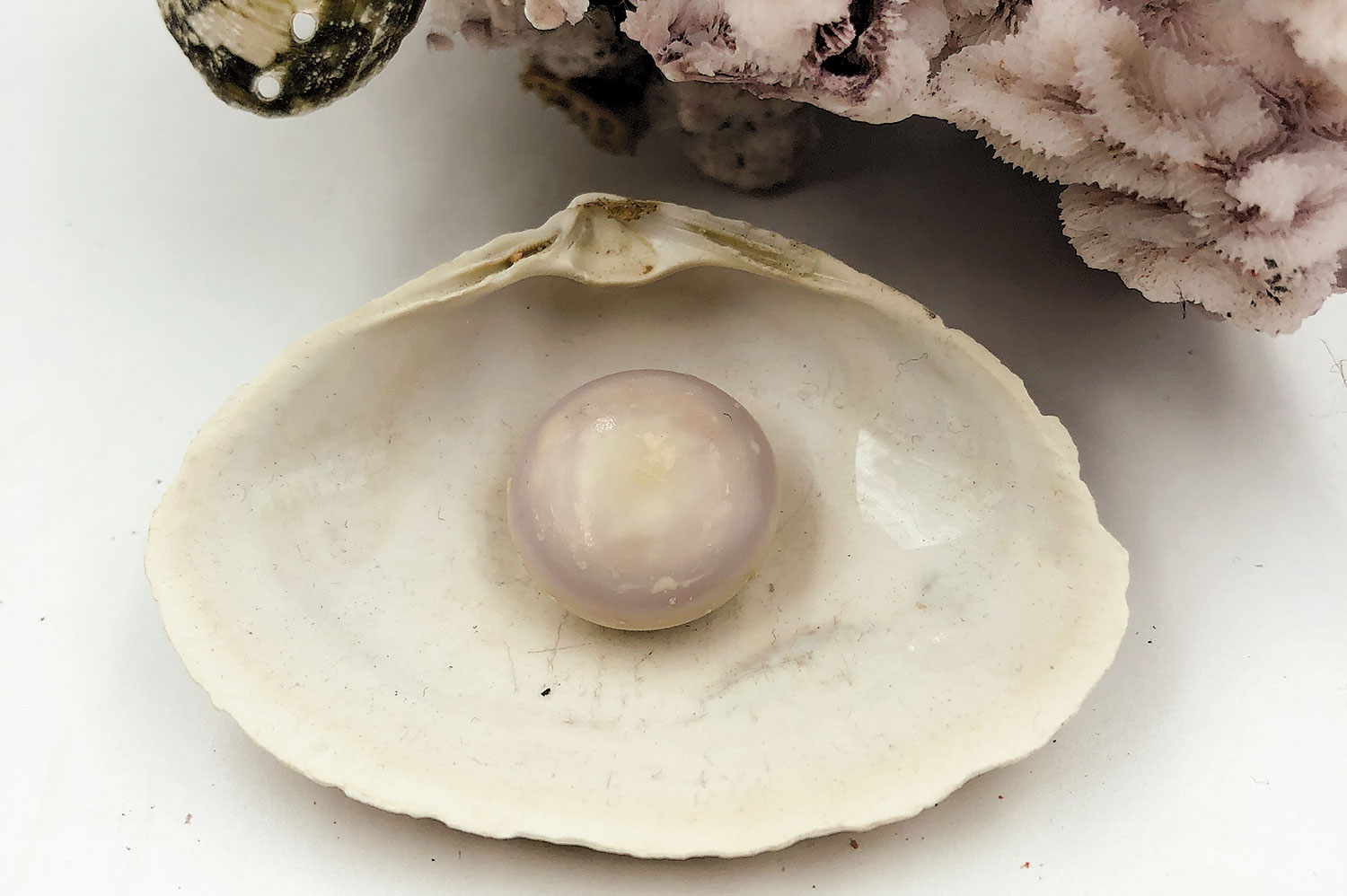 "Everyone knows you can get a great cup of chowder at Gosman's Fish Market in Montauk. Soon, one lucky customer may get a special side dish with that chowder: a giant pearl discovered by cooks at the market on Nov. 13.

The pearl is approximately 20 millimeters in diameter, about the size of a gumball, and has a gray and purple sheen to it. It most likely came from a batch of clams dug in Mattituck, according to Bryan Gosman, a co-owner of the fish market. He said in an interview that when the kitchen staff told him about it, he thought someone was playing a joke on him.

"We were making New England chowder in our kitchen," he said. "I personally know pearls can come from the quahog clam, but I've never really seen one. . . . Usually it's the size of your pinky nail or something like that, but this looked like a plastic knob. It didn't look real."

But it is real, said Rebekah Harris, a co-owner of the Shipwreck jewelry store on the harbor near the Gosman's market.

"Almost all pearls that people buy now are cultured, so it's unique to find something that's actually made from an irritant," Ms. Harris said by phone last week. "The shape is beautiful."

It's the biggest pearl she has ever seen outside of a museum, she said. "Even in the diamond district, if you get pearls, they're not that size," she said. "Normally the average pearl size that you buy is like 8 to 12 millimeters."

She is planning to take it to the Gemological Institute of America in New York City to have it evaluated. But, she explained, the G.I.A. doesn't attach a monetary value to it. That sort of thing is determined by the market for such a find.

About that special side dish. Once the pearl's value is determined, Mr. Gosman said, he will likely raffle it off at the market in the coming weeks as a fund-raiser for the ... "
https://www.easthamptonstar.com/village ... owder-clam
PinkDiamond
ISG Registered Gemologist