Here's a good one from National Jeweller on pearls that I hope our June babies and pearl lovers will enjoy. I'll give you page one so the link will take you there and you'll want to click on page 2. 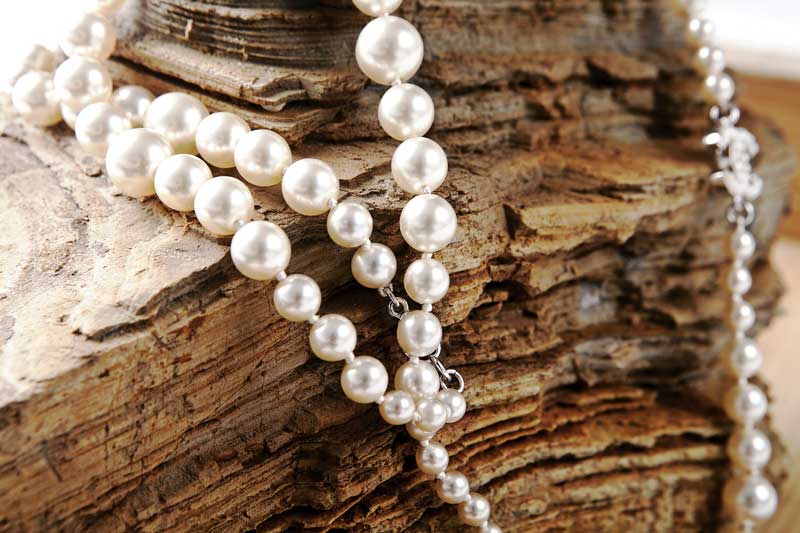 "Many precious gemstones and metals are found in the depths of the Earth. Pearls however, are one of nature’s greatest and oldest miracles; they arise in perfect form from the bottom of the deep sea from within oysters. They require no cutting, polishing, or changes of any kind to add to their lustrous beauty, and come in many variations of shapes and shades. These attributes, as such, have been considered prestigious throughout much of ancient history, and even today, pearl jewellery is coveted.

Pearls through the ages

Up until the 20th century, pearls were generally thought of as the ‘queen of gems,’ but have come to be symbolic as well, with different meanings originating in different cultures.

In the days of ancient Greece, the pearl was held in high regard for its elegance and association with love and marriage, and even ancient Egyptians were buried with the prized gems.

In the Byzantine Empire, only the emperor was allowed to wear pearls, as common belief dictated pearl jewellery represented the purity of the wearer.

During the Dark Ages, valiant knights wore pearls into battle, believing the magic of the exquisite jewels would protect them from harm. This is similar to the astrological views surrounding pearls, too.

Astrology associates pearls with bringing happiness and ridding people of illnesses. In ancient China, pearls were believed to guarantee protection from fire and fire-breathing dragons.

Around the 18th century, pearls symbolized class and status as only blue-blooded ladies would wear the fine gem. In Europe, pearls symbolized modesty, chastity, and purity. Many European countries passed laws forbidding anyone but nobility from wearing pearls and they would decorate only the grandest royal courts. 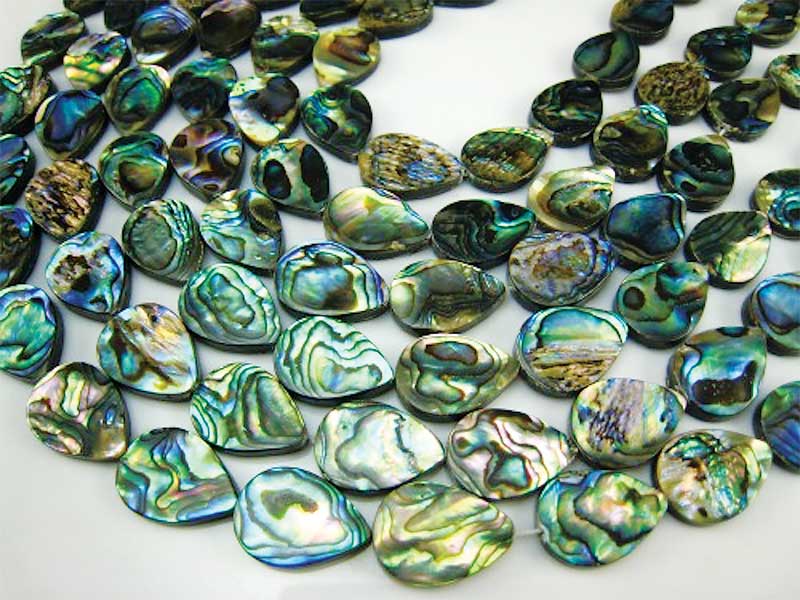 A beautiful array of abalone pearls.

Pearls are treasures from the Earth’s streams, rivers, lakes, seas and oceans, and they’ve always embodied the mystery, power, and life-sustaining nature of water.

Natural pearls are organic gems formed in the bodies of certain mollusks, usually around a microscopic irritant, and always without human help of any kind. They are composed mostly of concentric layers of nacre, which is made of the same basic material as Mother-of-Pearl—the inside layer of certain shells.

Natural pearls virtually disappeared from the mainstream jewellery markets in the 20th century due to pollution, over-fishing, and economic factors. Today, natural pearls are scarce and only found occasionally in the seas of the Eastern Hemisphere. This has caused bid frenzies and record-breaking sales for famous antique pieces. Now, they are often available through antique or estate dealers and auctions, and can command very high prices.

Since the early 1900s, pearls are mostly manually formed or cultured by stimulating an irritant into the oysters rather than letting it occur by itself.

Cultured pearls are grown requiring human intervention and care. The mollusks themselves are raised specifically for culturing.

To begin the process, skilled technicians insert one or more nuclei (usually shell beads or pieces of flesh from other mollusks) into each mollusk. These nuclei act as irritants and trigger the secretion of nacre. Workers tend the mollusks until the cultured pearls are harvested. This usually happens after about 18 months, but occasionally up to three years after nucleation.

Besides human intervention, another big difference between natural and cultured pearls is that the bead nucleus accounts for most of the volume and weight of the cultured product. These pearls became commercially important in the 1920s around the same time natural pearl production began to drop. From the 1930s through the 1980s, pearl culturing diversified and spread to various countries around the world.

With this way of pearl cultivation, pearl jewellery has evolved into more than classic necklaces. There is a huge variety of cultured or natural pearls that can be used in many designs, such as the incredibly rare oval-shaped conch pearl. ... "
https://www.jewellerybusiness.com/featu ... nt=feature
PinkDiamond
ISG Registered Gemologist