My Octopus Teacher: Diver Forms A Special Bond With An Octopus

Discussion and pictures of your favorite critters!

My Octopus Teacher: Diver Forms A Special Bond With An Octopus

Wow, this octopus is a freak of nature to take a shine to a diver and swim with him for nearly a year! This is a documentary on Netflix so if stuff like this interests you do check it out.

Diver Forms A Special Bond With An Octopus 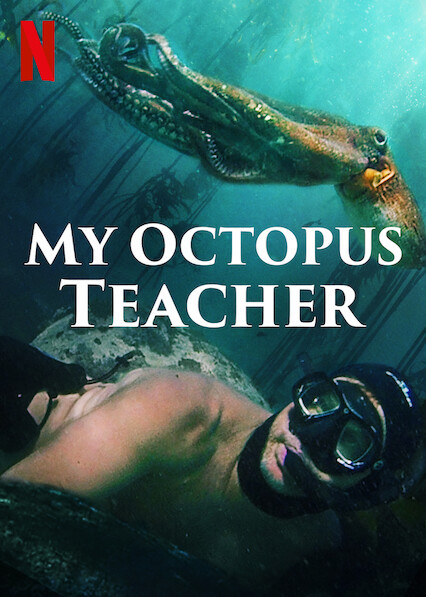 "In the recent Netflix documentary “My Octopus Teacher”, a filmmaker forges an unusual friendship with an octopus living in a South African kelp forest, learning as the animal shares the mysteries of her world. Diver Craig Foster swam with this octopus nearly every day for an entire year. Along the way, he documented the world that lies beneath the waves in a very unique way, thanks to his first-hand experience.

Octopi are cephalopods and are known to be very intelligent creatures – which we tend to not give them credit for. They are normally very shy and often elusive creatures, but this particular octopus was quite different. She seemed genuinely intrigued by the diver, and thus began a very interesting dynamic. The octopus took on the role of Foster’s “teacher,” helping him to discover the underwater world in which he lives. The two began to form a bond as they shared the underwater space. 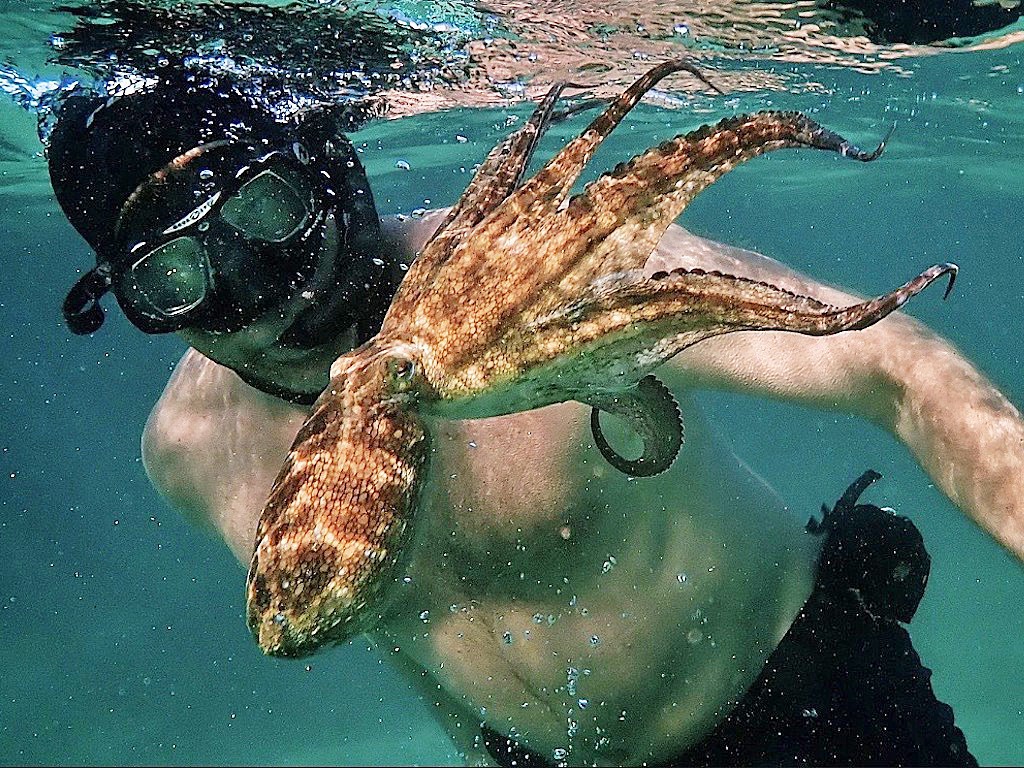 The octopus was very intelligent, and in her own way, quite caring and compassionate towards the diver. Foster said he was able to learn a lot from her about what life is like beneath the waves. Together, on their year-long journey, the two experienced many ups and downs – all the experiences that culminated into a beautiful documentary about friendship.

But perhaps the biggest thing that Foster said that he learned from his octopus friend, was how to have empathy for other animals. As he explained in the movie,

“What she taught me is to feel that you are part of this place. Not a visitor. And that’s a huge difference.”

Check out the documentary when you have time – it’s sure to give you a new perspective on our octopi friends and their world below the surface." 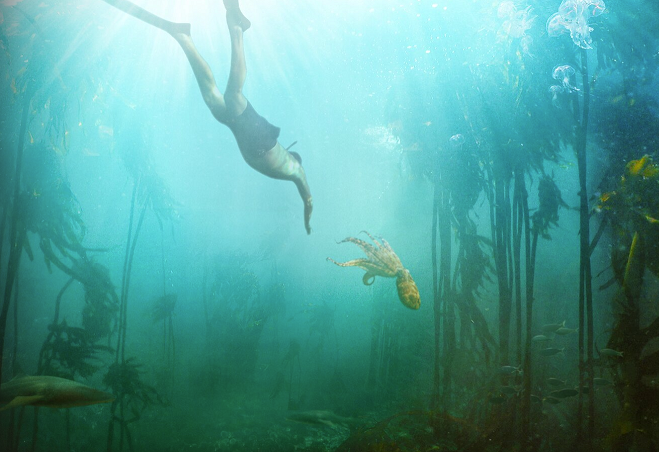