... And they're off with gold pulling ahead right out of the new year gate. 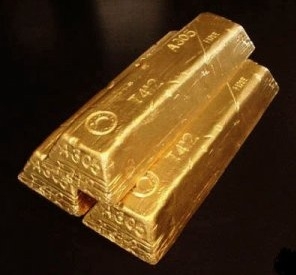 "New York, NY—Gold futures rose 3% on Monday, its highest finish since November. Gold and silver also put in the best annual return in a decade, according to MarketWatch.com.

Ed Moy, former director of the U.S. Mint and chief strategist at gold seller Valaurum, told MarketWatch to expect gold prices to rise in the short term, due to economic consequences of the rise of new COVID-19 infections, hospitalizations, and deaths, and also the new and apparently more contagious strain that has emerged.

“This will likely result in significantly increased economic stimulus in the United States, both monetary and fiscal, which in turn will put downward pressure on the [U.S. dollar] and push gold prices higher, he said in an emailed statement to the site.

25 times that if they actually equalized gold to currency in circulation.
I'll jump over my shadow. http://www.virginvalleyopal.com https://www.etsy.com/shop/SwordfishMining
Top
Post Reply
2 posts • Page 1 of 1