Yooperlite: Rock Hunting and the Glow of Success

Yooperlite: Rock Hunting and the Glow of Success

We have one article from Rock & Gem on Yooperlite, but his one from Interweave came from the guy who discovered it, and he owns the name so this goes into people who want to sell it not being allowed to use the name. Very interesting, and the photographer's shot taken using the Northern Lights is gorgeous. Enjoy! 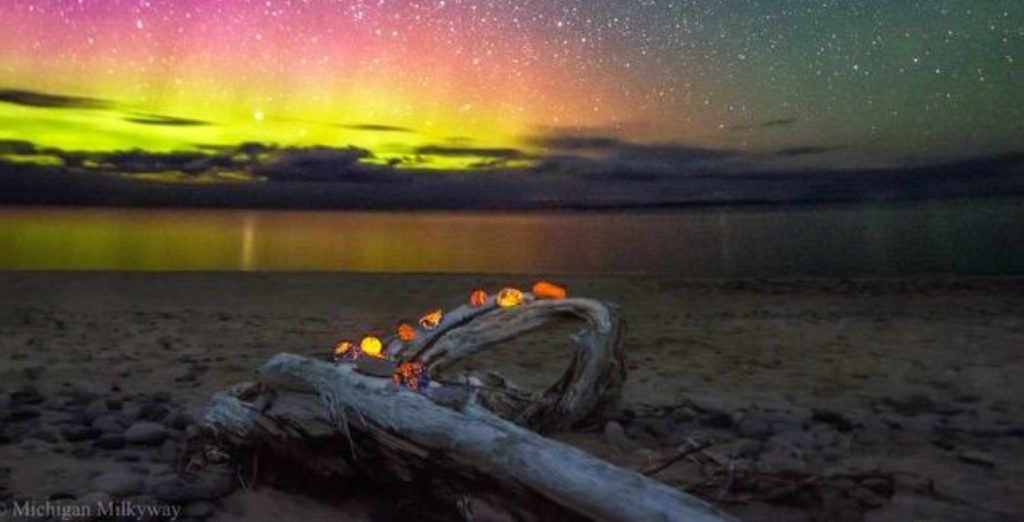 Above: Detail from Yooperlite and the Northern Lights by Shelly Leigh. Credit: Michigan Milky Way Photo.

"Erik Rintamaki is a rock star. The 44-year-old has appeared on television screens all over the world. He’s been featured in magazines and newspapers, and online. His bushy face has been photographed hundreds of thousands of times. And lots of like-minded folks want to do tours with him.

So how did this Yooper from Michigan’s Upper Peninsula become so famous? He shined a UV flashlight around on the rocky shores of Lake Superior until something glowed.

In the spring of 2017, the casino worker was prowling the shores with a cheap UV light hoping it would help him find Lake Superior agate, which he sells as a sideline. But they have been “super hunted to death,” he says, and he came up empty handed.

The fourth night on his hands and knees at 4 a.m., Erik found three little stones – gray, black and tan – that fluoresced. They glowed like a hot fire when the purple beam of his cheap flashlight excited minerals in the stone. So, he grabbed up the bland looking rocks and raced home to Brimley, Michigan, to see if he could identify them online through a computer search. When that effort failed to produce any results, he contacted a friend in California, Gabe Reyna, who eventually concluded the rocks consisted of a syenite-rich fluorescent sodalite. (Most of us think of sodalite as a blue rock, but this material is clear, Erik says.) 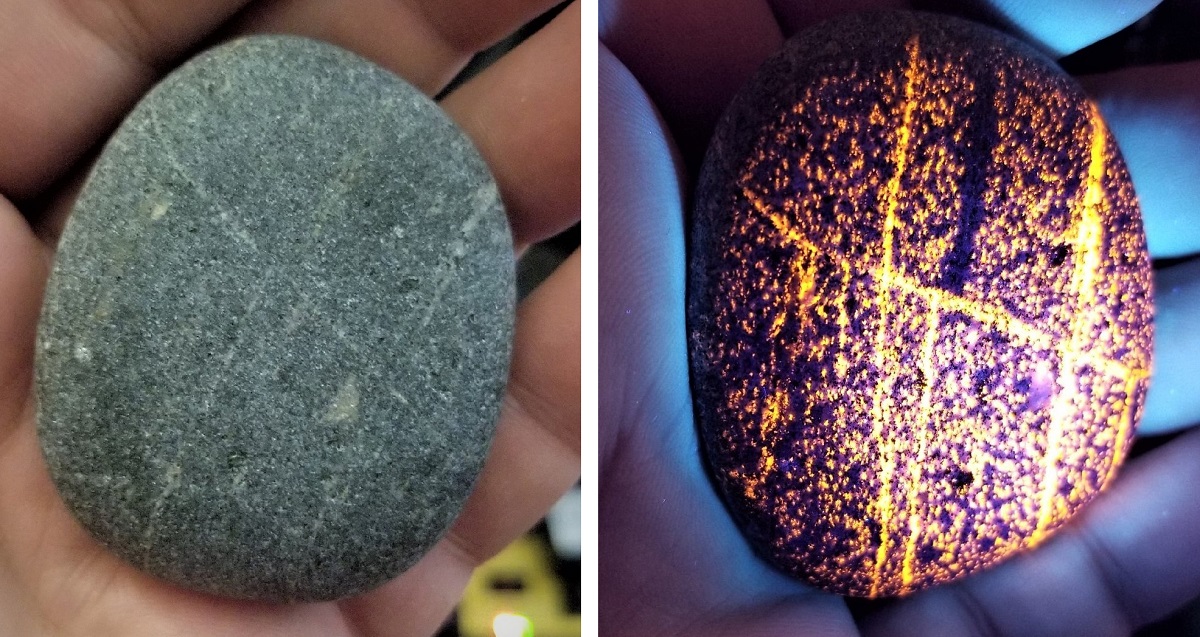 Research followed and in May 2018 an article in Mineral News concluded that Erik and Reyna had discovered something new, even though rock collectors had been stumbling over these dull-looking rocks for ages.

Erik says this finding gave him naming rights – so he called his glowing stones “Yooperlites.”

Then he trademarked the word.

“There are a lot of hoops and it’s very expensive,” he says. “You have to prove you were the first person to use that word ever and use that word for a rock.”

It’s a trademark he enforces. In other words, if you find yooperlite and want to sell it as yooperlite, you can’t. Erik owns the term as intellectual property. “If someone wants to sell ... "
https://www.interweave.com/article/jewe ... 5476474402
PinkDiamond
ISG Registered Gemologist