Gemstones of the Breastplate: Topazos and Smaragdos

Gemstones of the Breastplate: Topazos and Smaragdos

Here's a third one on the gemstones in the Biblical breastplate, although it turns out that this is the second one in the series, instead of the last one I posted, but eventually I will post all of them for you, and just wait til you see the shot of the malachite formation. Way cool because it's not the usual formation; more like tiny crystals from what it appears to be. Enjoy!

Gemstones of the Breastplate: Topazos and Smaragdos
By Admin - March 21, 2019 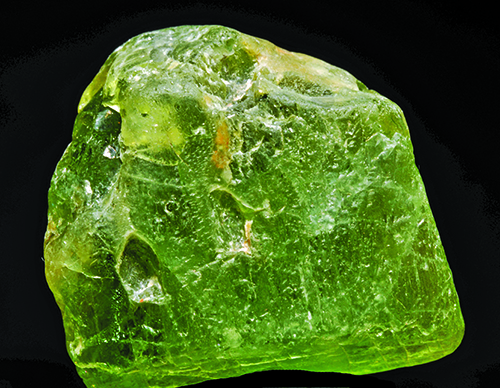 Editor's Note: This is the second in a two-part series. Enjoy the first part >>>. Search our site for additional "Gemstones of the Breastplate" articles to learn about the remaining 11 specimens of the biblical breastplate.

Moving on to the next stone in the breastplate, we come upon topaz.

"Topazos has been translated as “topaz,” “chrysolite,” “emerald,” and “peridot.” Its earliest reference, written in the second century B.C.E., describes “a delightful, transparent stone similar to glass and with a wonderful golden appearance.” Another calls it “topazion Ethiopias,” meaning “topazos from Ethiopia.” During the biblical period, “Ethiopia” referred to Egypt’s Eastern Desert and nearby Red Sea islands.

Pliny writes that this stone came from the Red Sea island of Topazum (now Zabargad Island). He calls it the largest of the precious gemstones and the only one that is affected by an iron file – a description that indicates topazos is peridot, the gem variety of the olivine-group mineral forsterite (magnesium silicate). At Mohs 6.5, peridot is just soft enough to be scratched with an iron file, unlike the harder emerald and quartz gemstones. And the basalt formations of Zabargad Island, a classic peridot locality, have yielded very large peridot crystals.

Topaz, or basic aluminum fluorosilicate, is much harder than peridot and does not occur in basalt. Topaz was given its modern name in the 18th century when it was confused with the ancient topazos. Harrell is confident that the breastplate’s topazos is definitely peridot. 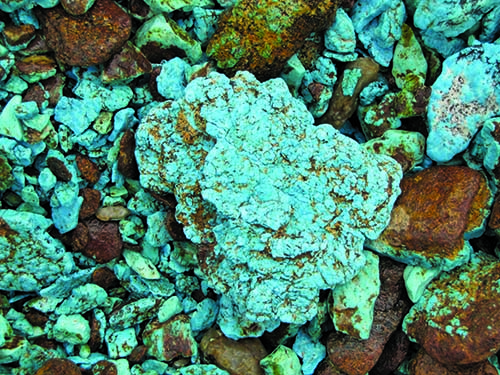 Turquoise, a very popular gemstone throughout the biblical region since the third millennium B.C.E, is probably the smaragdos in the Septuagint description of the breastplate. (Steve Voynick)