Minerals & Metals of the Bible (Part I)

Minerals & Metals of the Bible (Part I)

This is a wonderful article from Rock & Gem that has other parts to it that I will post for you during the upcoming week. I found this one because I saw the link to part 2, which this one mentions at the end of the article, and will be on the gemstones in the breastplate of Aaron. They're both very interesting so I hope you enjoy them as much as I did. Here's part 1. 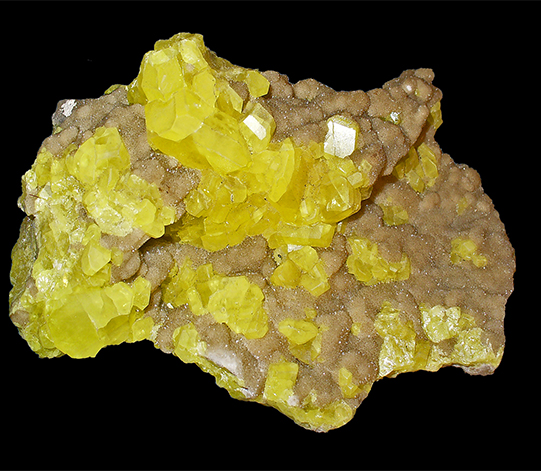 Brimstone, or sulfur, occurs as condensate deposits at remnant volcanic fumaroles in the Jordan Rift Valley.

Story and Photos by Steve Voynick

"The Bible references minerals and metals more than 1,700 times, using such familiar phrases as “fire and brimstone,” “pieces of silver,” “copper from the rock,” “salt of the Earth,” and “jars of clay.” It is interesting to consider these minerals and metals not in their scriptural contexts, but from the perspectives of history, geology, and biblical archaeology.

Biblical archaeologists study ancient cultural sites and artifacts to gain insight into the Bible’s Old and New Testaments. Combining archaeology with scriptural interpretation provides a clearer understanding of life as it was and the events that occurred during the biblical period, which extends more than three millennia from 3300 B.C. to the first century A.D.

Biblical archaeologists understandably focus on the Holy Land, the region between the Jordan Rift Valley and the Mediterranean Sea that now includes the State of Israel and the Palestinian territories, along with parts of Lebanon, Syria, and Jordan. Their interest also extends to adjacent areas of biblical relevance from Egypt and the Arabian Peninsula in the south to Turkey in the north and Iraq in the east.

Archaeologists divide biblical history into three general periods based on the dominant material used in tools and weapons: the Stone Age (Neolithic), the Bronze Age, and the Iron Age. The late Stone Age includes the Chalcolithic Period, a transitional subperiod in which stone and copper were used simultaneously. These cultural periods occurred at different times in different regions. In the Holy Land, the Bronze Age began about 3300 B.C.; the Iron Age started about 1200 B.C.

The Jordan Rift Valley, the northern limit of the 3,700-mile-long East African Rift System, the Earth’s largest land rift, dominates the Holy Land’s topography. This rift system began forming 35 million years ago with a westward separation of the African tectonic plate from the Asian plate and fractured the crust into long, parallel faults. The crust between the faults subsided, sometimes thousand of feet, to create long, linear sequence of narrow rift valleys. The East African Rift System, including the Jordan Rift Valley, is still widening today.

The Jordan Rift Valley extends from Lebanon south for 300 miles to the Gulf of Aqaba. Within it are the Jordan River, the Sea of Galilee, the Dead Sea (the lowest land point on Earth at 1,237 feet below sea level), and the desolate Wadi Araba, all features of biblical significance.