The paintings are estimated to have been made between 11,800 and 12,600 years ago, towards the end of the last Ice Age.

The thousands of paintings were found on three rock shelters on the northern edge of the Colombian Amazon.

The excavations took place in 2017 and 2018, but the study is only now being released.

The paintings include depictions of what appear to be now-extinct animals, such as the mastodon, a prehistoric relative of the elephant, and giant sloths and Ice Age horses, researchers say. 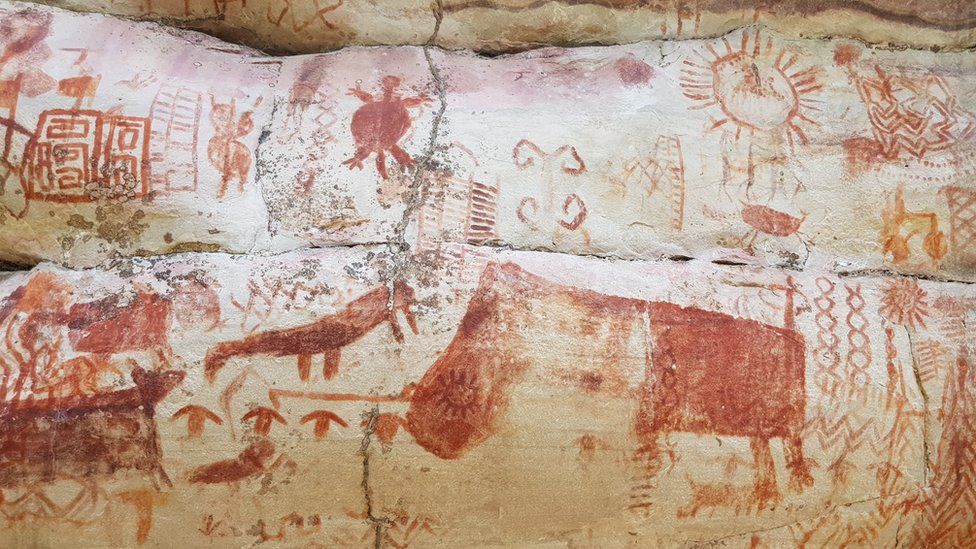 Yup, they even found fossilized human footprints and dinosaur tracks preserved forever together. Kinda throws a wrench into their theorized timelines.